The World Baseball Softball Confederation announced today the 12 participants and groups of the upcoming III. WBSC U-23 World Baseball Championship, which will take place from September 23rd to October 2nd in the Mexican state of Sonora. The Czech Republic and Germany play in a group with Cuba, the Dominican Republic, Mexico and Taiwan, while the Netherlands take on Colombia, Nicaragua, Panama, South Korea and Venezuela.

“For the first time in over two years, a baseball world championship is being held,“Said WBSC President Riccardo Fraccari. “I congratulate all respective national associations / teams for their strong desire to return to the field and fight for an official world title.

“And I would also like to thank Ana Guevara, Director General of the National Commission on Physical Culture and Sport (Comision Nacional de Cultura Fisica y Deporte-CONADE), and Mexican President Andrés Manuel López Obrador, who is also the global WBSC Ambassador, in their continuing Assisting in the safe and successful hosting of world-class events that serve both the growth and the presentation of our global game.” 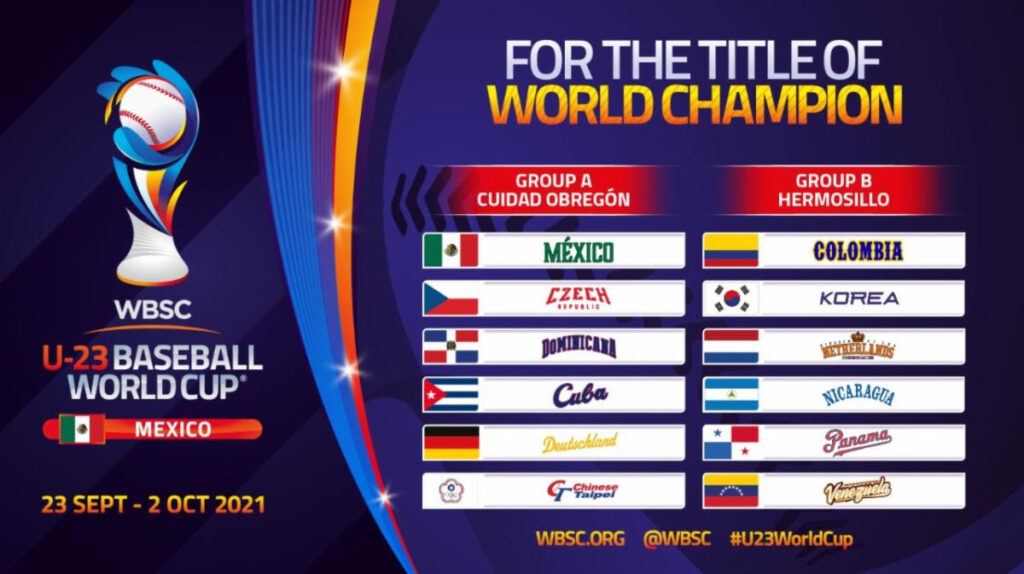 The top three in each group will go to the super round, which will take place from September 29th to October 1st. The final is scheduled for Saturday, October 2nd.

Mexico is the reigning U-23 world champion in baseball and has won the final (2018) edition of the WBSC U-23 World Baseball Championship in Barranquilla, Colombia.

Adapted from a press release from WBSC.